Why New Property Developments are a BAD Investment 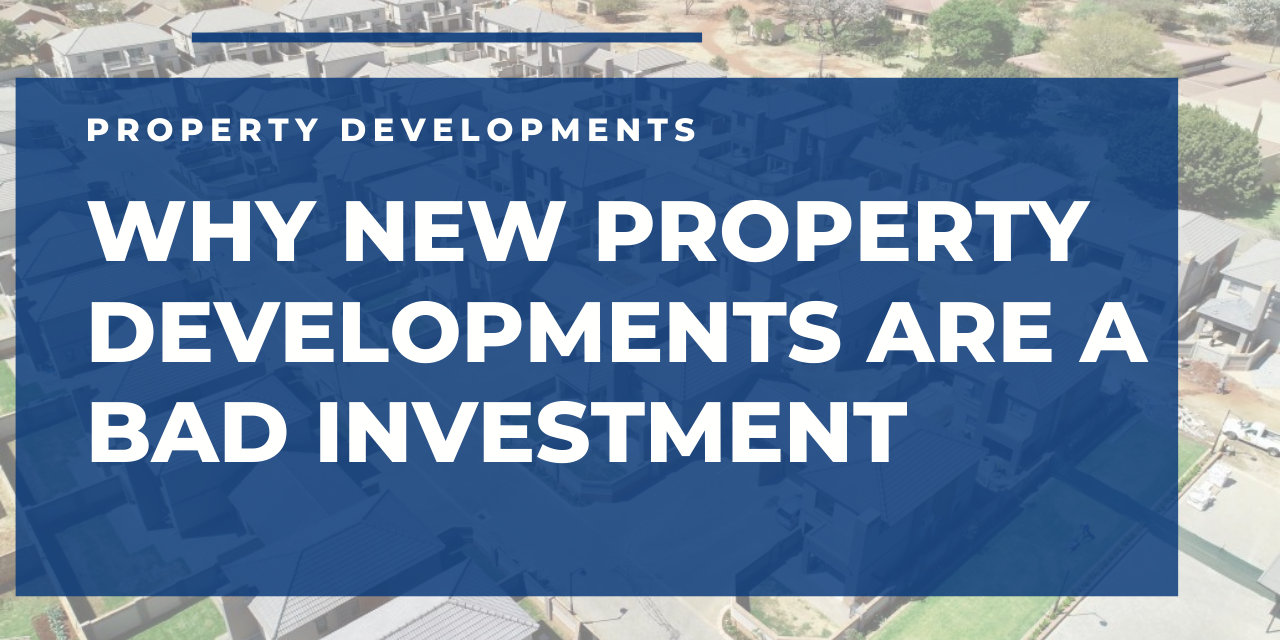 One of the things that I talk a lot about is never buying into a new-build investment. I think a lot of investors in South Africa get seduced into buying a new-build because of the way that these development companies market these properties. But from a purely financial perspective, a new-build is almost the worst investment you can have if you are investing for cash flow.

There is an argument that potentially buying into a new-build early on will get you some equity gains. But if we’re looking purely from a cash flow, monthly rental perspective, it doesn’t make sense. To prove my point, let me take you through a real example.

Below is an email that I received “Hottest buy to let deal in Centurion” and there is a whole lot of marketing speak. 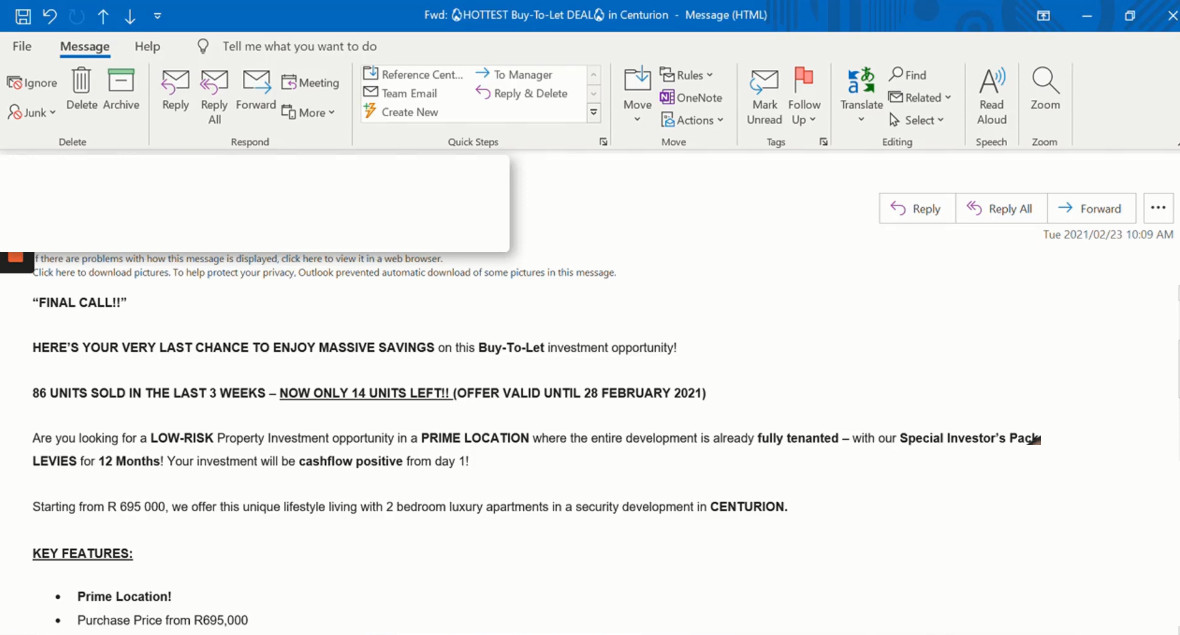 The key thing here is the numbers. They’re saying that their two beds, one bath are going to sell for R695 000, and they’re giving us a monthly surplus of R284. So rent minus levies, minus raised in taxes, minus bond repayments. We’re walking away with a positive cash flow of R284, which seems on the surface somewhat realistic or somewhat possible.

The reality is that’s not the case. What I’ve done is I’ve opened up My Property App and I’ve run the numbers on the app. 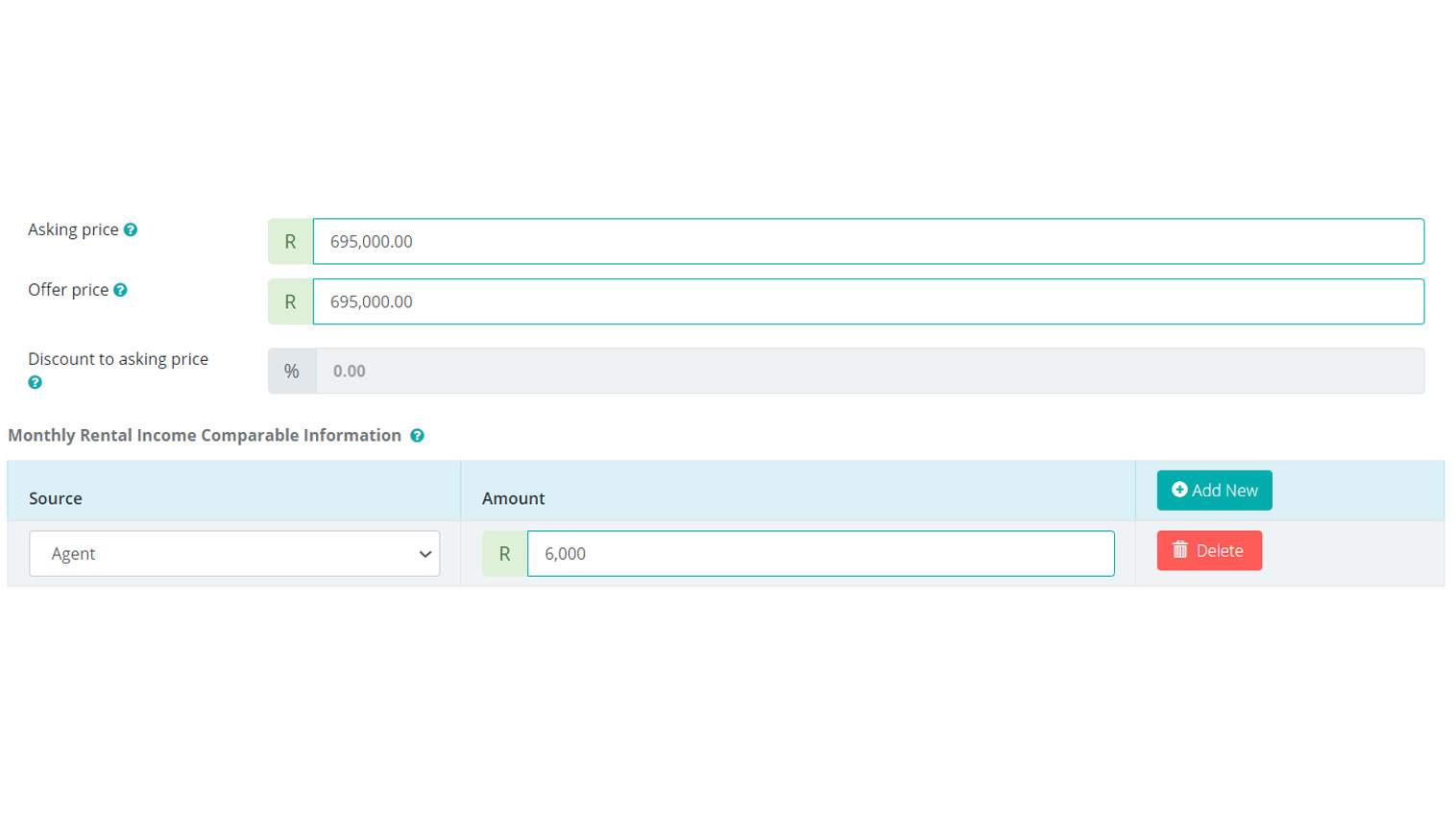 The return on investment is currently 7.2%, which is not terrible if you think about the fact that a new-build might have some capital appreciation. Now, this is the key thing to look at: monthly levies subsidy for 12 months. 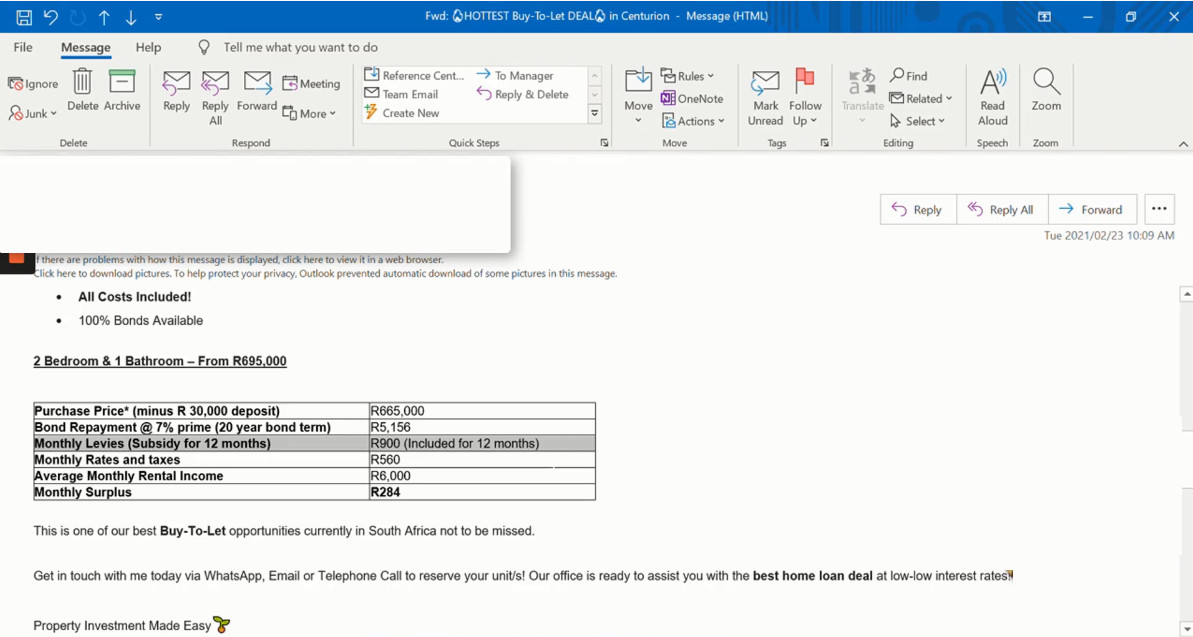 What they’re saying is we’re not going to charge you the R900 levies for the first 12 months. That’s the only way that they get to positive cash flow situation.

Let’s go back to the app and re-run the numbers, making them more realistic.

OK, so nothing changes here. The buying cost stayed the same.

They are working on a 6.5% to 7% interest rate, which, yes, is possible today. But, you know, as the economy recovers, we’re going to move back towards a 10% or 9% prime. So, I’m going to use 9% because I believe that if the deal doesn’t work at 9%, it’s not a deal worth doing. Even though the interest rates are low now they’re going to go back up. So that actually increases our bond repayments. 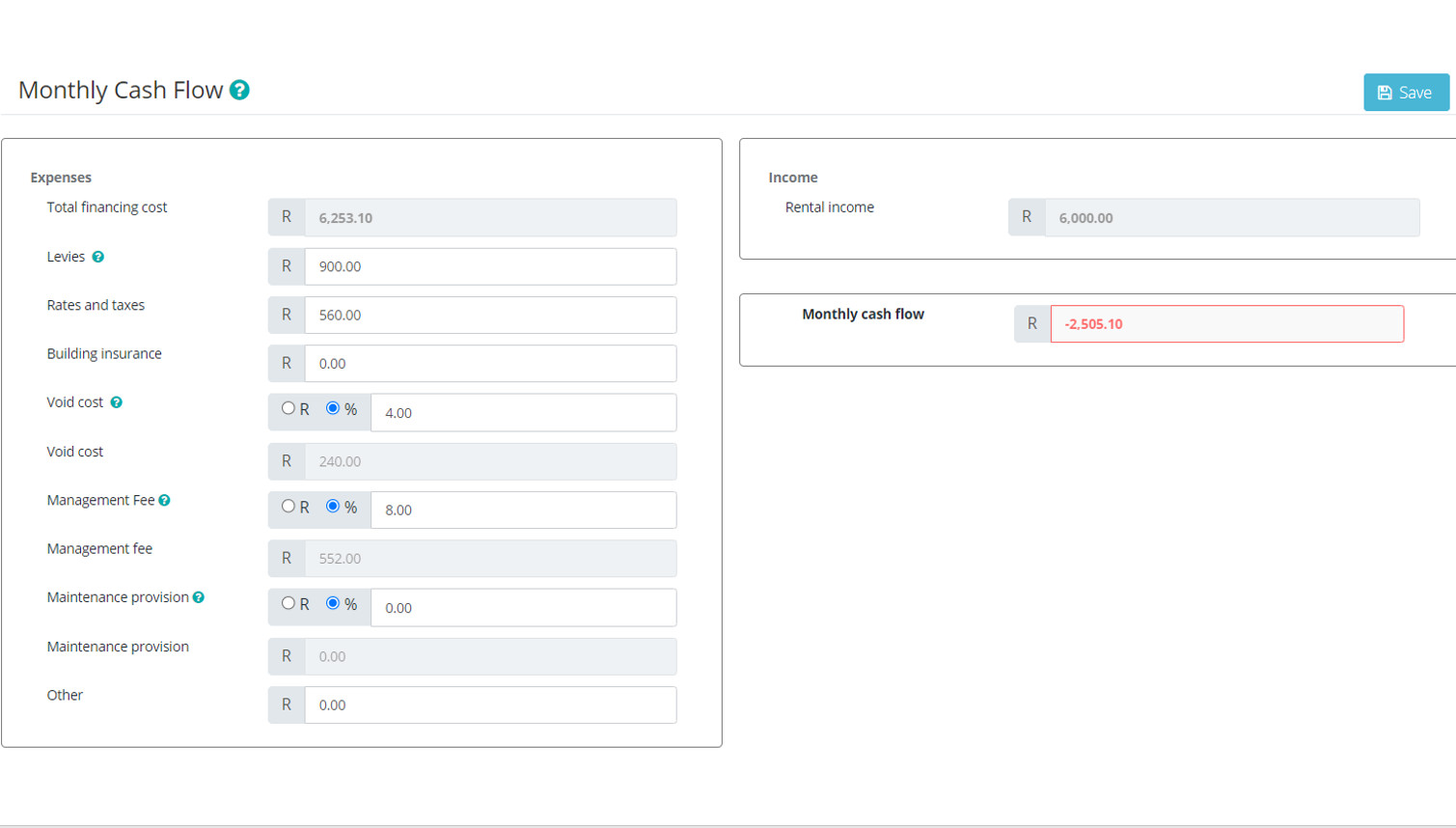 Then we will go to the cash flow tab. Let’s include the R900 because yes, we don’t have to pay the levies in year one. But what about year two? Year three? All of the time we’re going to have to be paying levies. Then you’ve got these other provisions that they never took into account. So, you’re void provision or your vacancy provision. The property is not going to stand full all year round. There’s going to be vacancies now because it’s a new-build and it’s in a good area. You probably have a low vacancy charge. So, I would work on a 4%.

Management fee – You want somebody to manage the properties that you can buy back your time. Let’s say that they’re going to charge 8% and then maintenance. You probably won’t have a maintenance provision because it’s a new build. You probably will have zero maintenance in the beginning.

Looking at this, your actual cash flow is negative R2 500, which means you’re losing sixty-nine per cent return on investment.

That is the reason why I don’t buy into new-builds.

The only reason I would buy into new-builds is if I’m trying to take advantage of the 13 Sex Act, which allows you to get some tax rebates. I’m not exactly sure how that all works, but you can speak to an attorney about that.

If there’s anything you take from this it’s that new-builds are not a money making scheme. The money is being made by the developer. You’re not making the money, at least from a cash flow perspective, month to month basis; no matter how they try and market it and how they try and convince you that you’re going to be making a positive cash flow.

Trust me, you’re not going to make a monthly return. The only way that you’re going to make money off new-build’s is if you take advantage of that 13 Sex Act, which is the tax rebate or if you participate in capital gains which, again, is speculation at best.

I hope that this helps. Please don’t buy into new-builds unless you’re doing it for the tax benefits or because you believe in the capital appreciation. From a rental perspective, it’s not going to make financial sense. 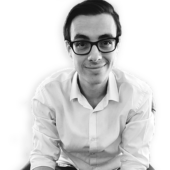 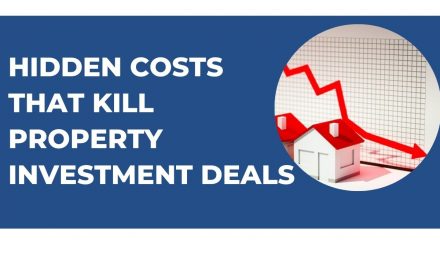 Hidden Costs that Can Kill a Property Investment Deal 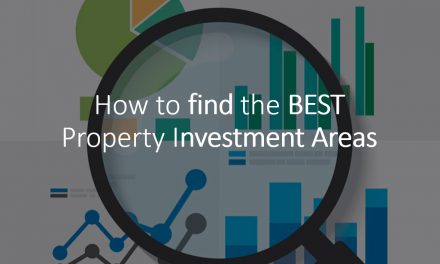 How to Find a Good Property Investment Area 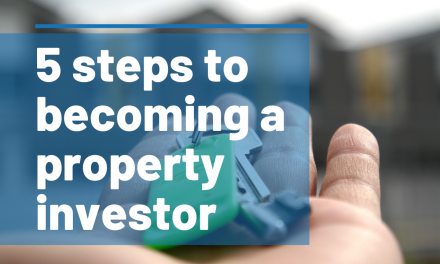 How to Start Investing in Property in 5 Steps 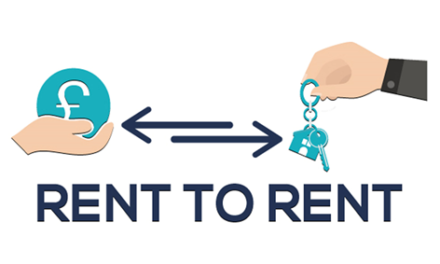